The planting of the Rhododendron gardens was first started in 1854 and are considered the earliest and most famous rhododendron gardens of Ireland. The first plantings, were the common Rhododendron ponticum, which was planted in peat that had been carried up to the hill and packed into crevasses in the rock face.

Over time the R.ponticum were replaced by newer hybrids and other species. Currently it is estimated that there are over 200 different species and hybrids planted in the garden.

From April to late May there is a fountain of colour over the hill, completely submerging the visitor in fragrance and shades of all descriptions.

The Cromlech or Aideen's Grave

Beneath the rhododendrons lies the cromlech or dolmen, one of seven portal dolmens in the Dublin area. Attributed to between 2500 BC and 2000 BC the massive capstone weighs in excess of 70 tons, and was originally supported by eight other stones, so that the flat underside would have formed a horizontal ceiling to the chamber beneath. the stone is 17 ft long, 12 ft broad and 6 ft thick. Over the years it has slipped off the supporting stones, so that it now rests partially on them and partially on the ground. As originally erected it would have been 12 ft high. Almost certainly these dolmens were build to honour dead chieftains or kings and protect the contents of their tombs.

It is said that when Aideen, daughter of Aengus of Ben Edair Howth, heard that her husband Oscar, grandson of the legendary Fionn Mac Cumhail, had died along with many of the Fianna at the Battle of Gabhra in Co Meath she herself died of sorrow and was buried beneath the giant dolmen which still lies on Howth Castle Estate. This legend is retold in a poem by Sir Samuel Ferguson.

Another legend is that the the capstone is a quoit thrown by Fionn MacCumhaill from the Bog of Allen. 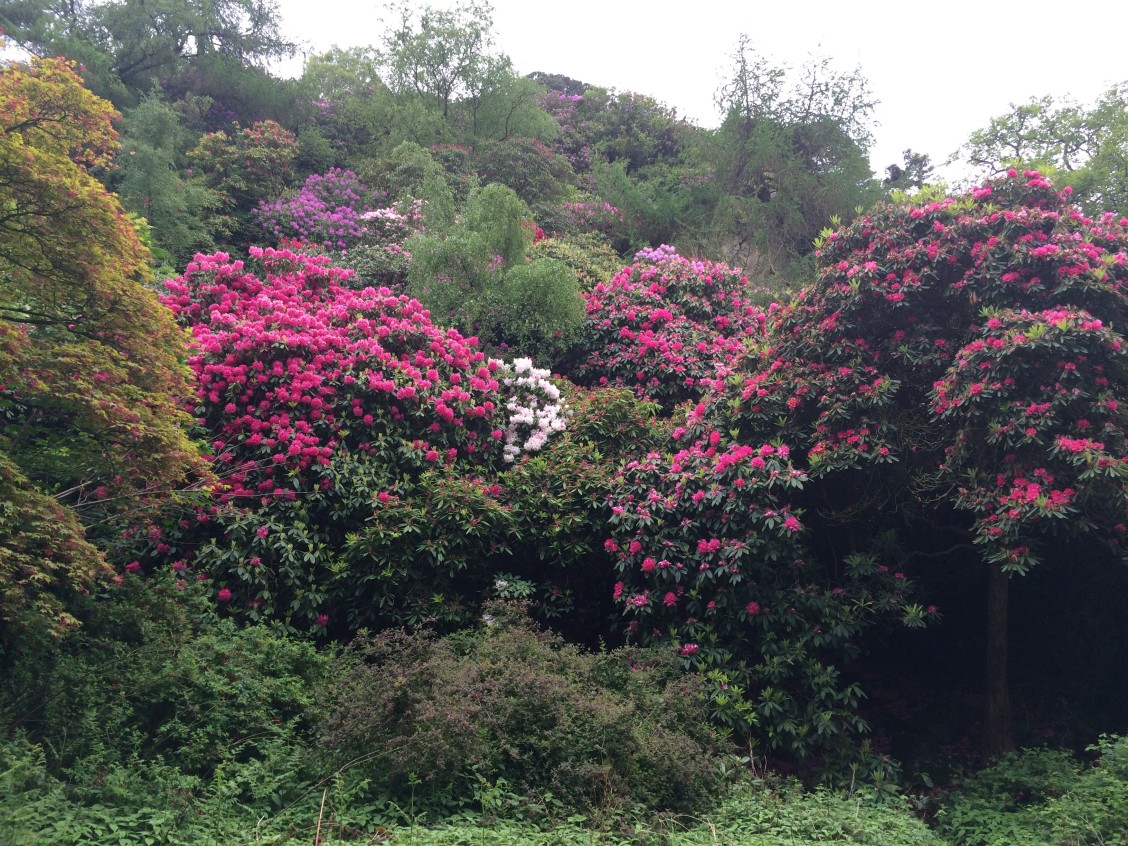 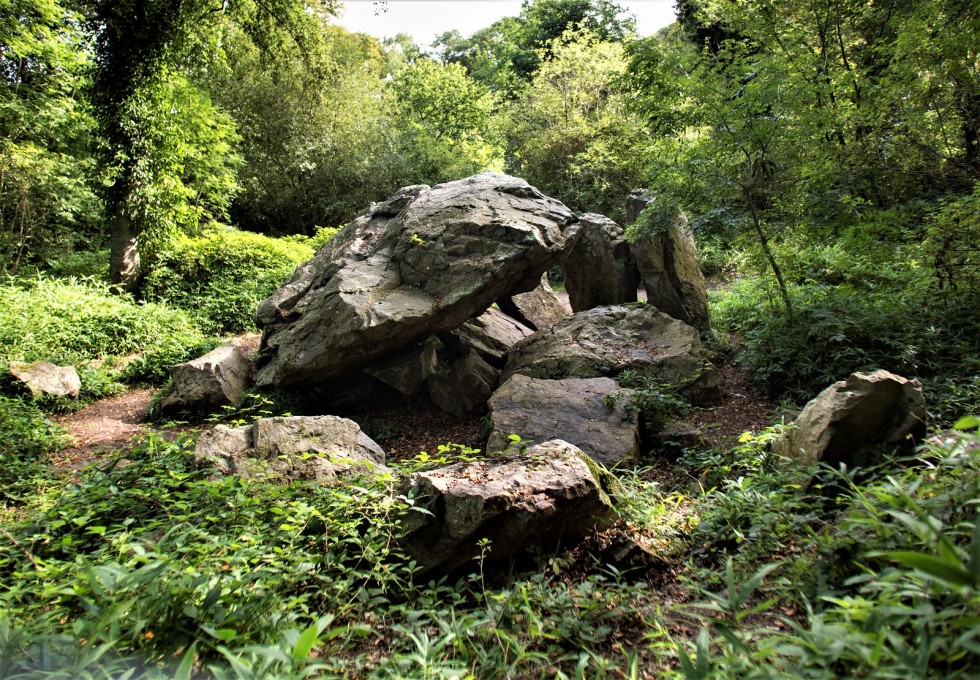 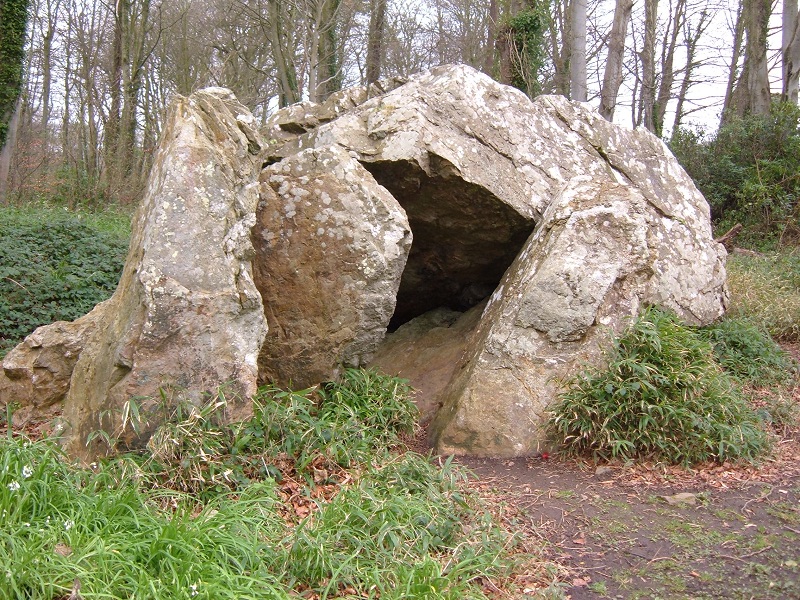