Howth Castle has its origins in medieval times. In 1177 Almeric, the first Lord of Howth, came to Ireland with John de Courcy.

Legend has it that on 10th August, the feastday of St Lawrence, at Evora Bridge, close to the Church of Ireland church he won a victory which secured him possession of the Howth peninsula. In gratitude for this, he is said to have taken the name of St Lawrence.

Almeric built his castle of wood above the harbour, but it is evident from a deed that by 1235 a new castle had been built on the present site in the middle of the fertile land. This again would have been built in wood. The earliest extant parts of the present structure date from the mid-fifteenth century.

The house was extensively altered by succeeding generations to adapt it to their times, most notably in 1738, when the house took on its current appearance and again in 1911 when Sir Edwin Lutyens renovated and added to the house. It is still possible to see evidence of the alterations that have been made and infer what was there before.

The Keep and Gate Tower are the oldest parts of the building, both dating from the mid 15th Century, around 1450, and were the work of Christopher, 14th Lord of Howth. From the top photograph of the painting of the Castle the Keep is the large tower on the left of the front door, the Gate House is slightly to the front of the building to the right. Traces remain in the gardens of the wall and turrets, which would have enclosed the area.

The Hall was added alongside the Keep in 1558 by Christopher, 20th Lord of Howth, the Blind Lord. It is now entered by the main door of the Castle in the centre of the painting. Nicolas, 23rd Lord of Howth sometime prior to 1641, added the top floor above the hall.

The East Wing, or Tower House, was next to be added, built by William, 25th Lord of Howth, sometime between the Restoration in 1660 and his death in 1671. However the tower at the end of the wing, Kenelm's Tower, is Victorian. It was added by Thomas, 30th Lord and 3rd Earl of Howth, in 1855.

In 1909 the last Lord Howth died, and his nephew Julian Gaisford inherited the castle. He sold his house in England and commissioned the young Edwin Lutyens to modernise the castle and add to it. The most substantial addition was the Gaisford Tower at the end of the west wing which he built to house his library. Other work included the steps to the east of the new tower, a loggia with bathrooms above between the old hall and the west wing and a charming sunken garden.

This gives a remarkable insight into how historic houses evolved in Ireland over the centuries.

The contents of the house have been accumulated over centuries. They include the Great Sword of Howth, allegedly wielded by Almeric in 1177 but more convincingly dated to the early fifteenth century.

The furniture and contents are true to the house and includes some fine Irish eighteenth century pieces.

The paintings include portraits by Watts, Lavery, Hudson, Grant and Ferneley, and there is one of the few portraits of Jonathan Swift, depicted by Francis Bindon. 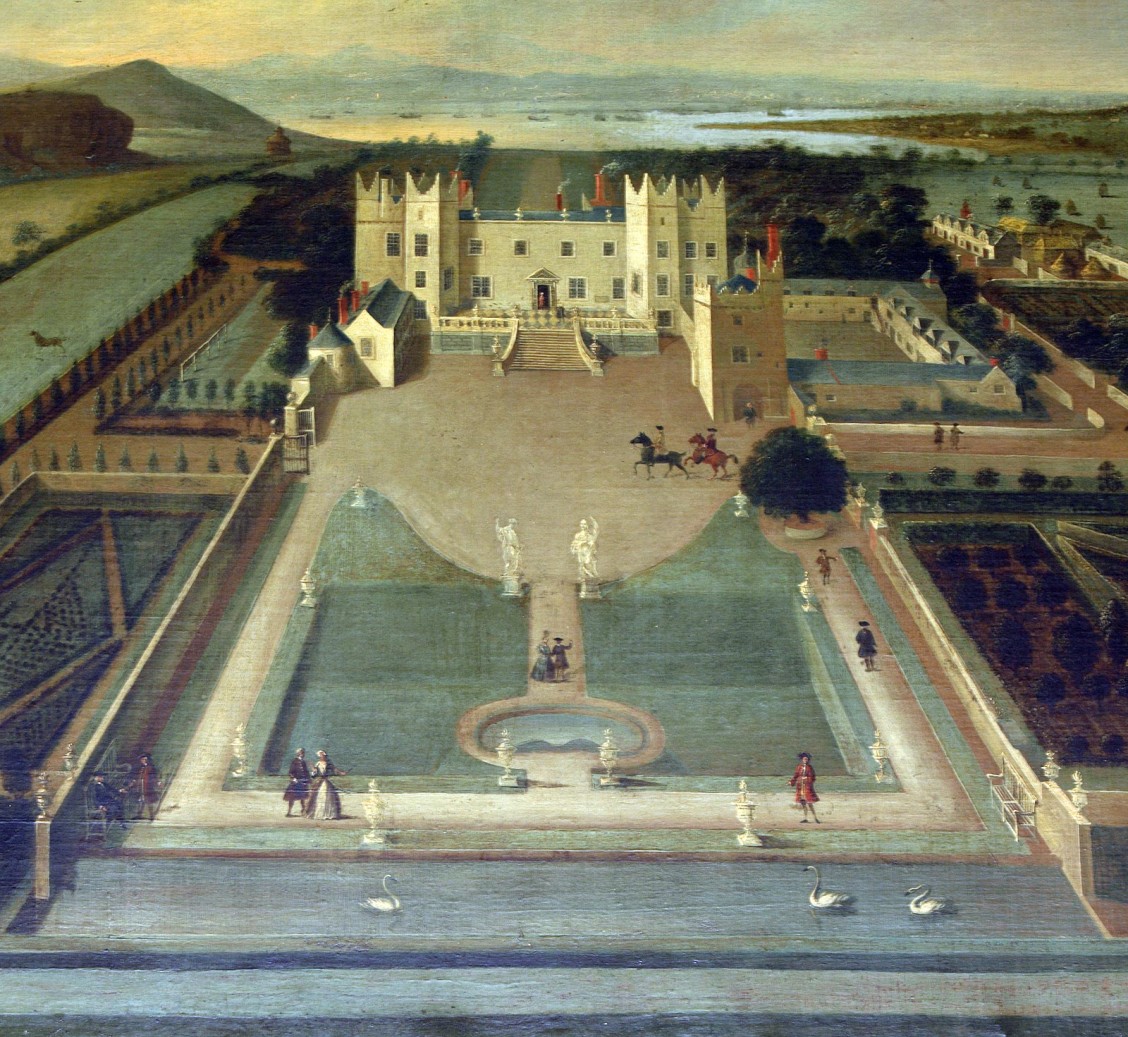 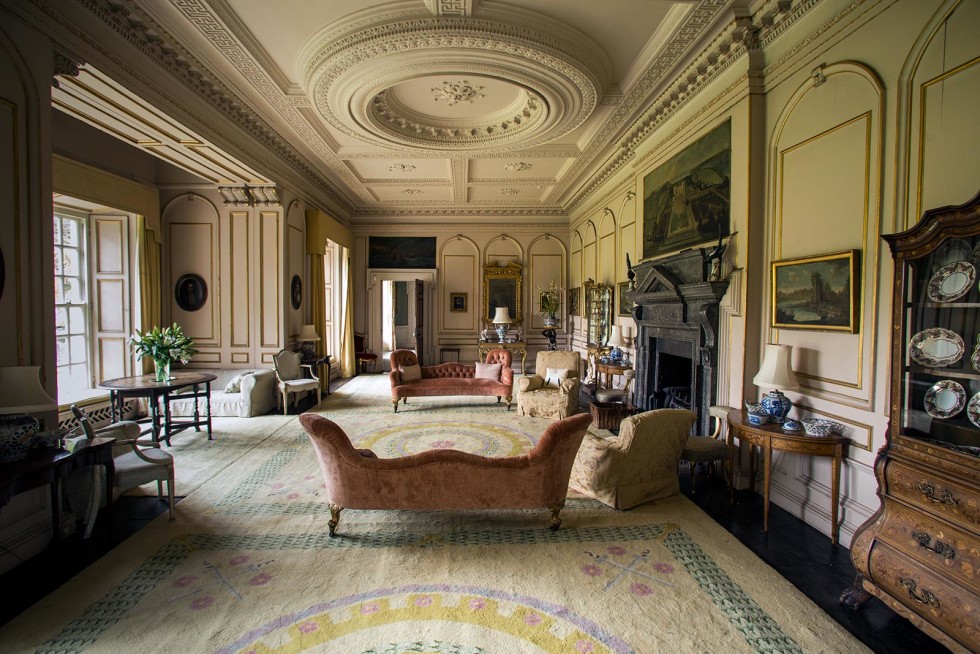 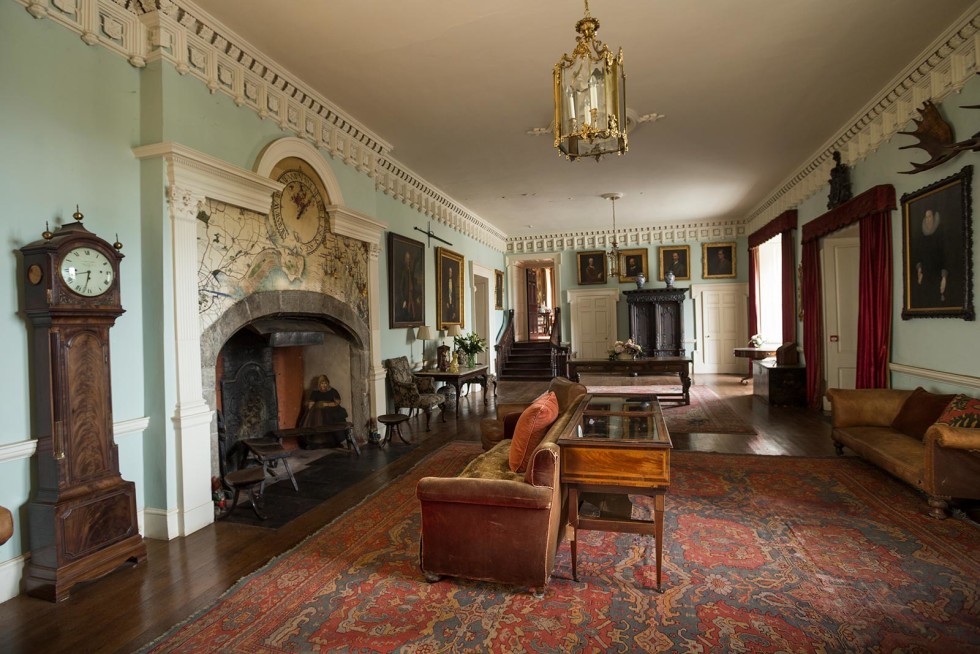 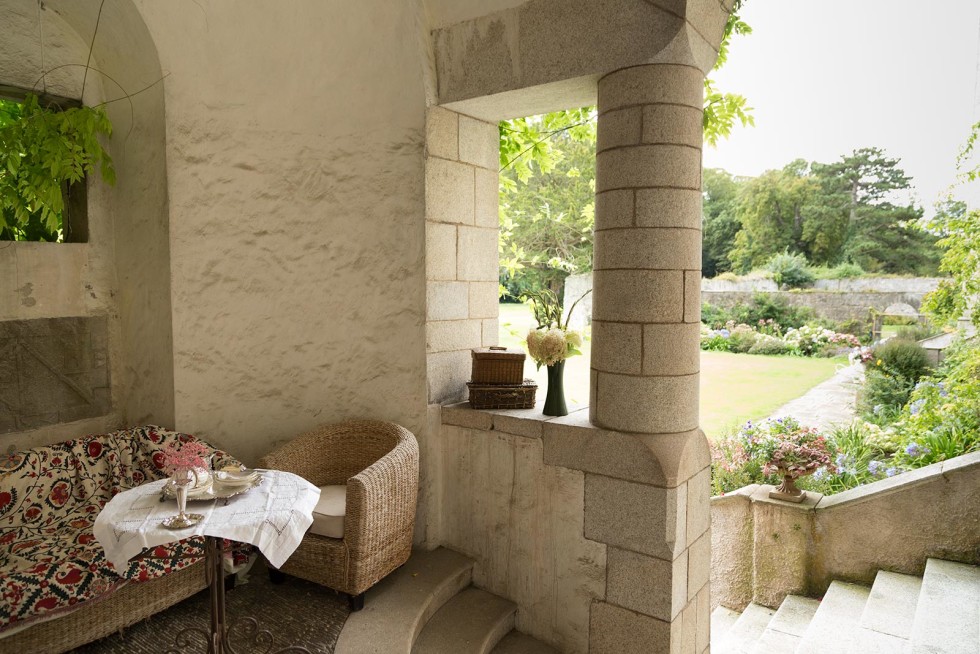